A Regional Pastor’s Perspective at our recent Leadership Gathering

Sitting at the head table facing the delegates as Classis’ Stated Clerk gave me a particular perspective, but it has its limitations. One cannot daydream, minutes need to be accurate. One cannot wander away to secure the ever-so-tempting refreshments, that’s distracting. One cannot still acrimonious debate, that’s the chair’s responsibility.

But, I wasn’t asked to write a Stated Clerk’s perspective of our recent meeting. No day-dreaming needed.  Chairman Ron Kool assured variety and constant motion. No daydreaming needed! Refreshments were tempting and got passed around, including suckers. It’s rather  amusing to watch a senior pastor enjoying one while pretending to be engrossed in the budget. No heated debate broke out, so no demonstration of temperament or strongly-entrenched tradition or theology. So, what did I observe as regional pastor from my privileged position?

My initial observation was, “We’ve become casual, pastors, elders and deacons.” Often, being those who dressed more formally, pastors stood out. No more! Being those who often did all the talking, pastors too stood out. No more! But, looking at the pastors present, they remain male dominated. The elders and deacons showed a slight wavering, one might suggest. A female chaplain’s reporting on the Ministry Leadership Team displayed enthusiasm for its work. She was talking about seminarians, our future pastors! Change is in the air! …even in churches.

So, what was I seeing as regional pastor, focusing on the ministerial delegates? I knew one was missing because he had the flu. Pastors are human and get sick. One was missing because he’d flown home to be with aging parents. Pastors have parents, nearby or far away, with the consequent concerns. One minister looked weary, making me wonder as to the challenges in his life. Another one spoke of the need for providing pastoral nourishing and refreshing. Amen, for sure! Some present share the burden with other ordained staff, a real privilege. Most serve as the only  pastor with support staff, also a blessing.

Experientially aware of the stresses of ministry as well as the all too-frequent pastoral separations as reflected by an oversight committee’s report, I viewed the pastors, both absent and present, with a sense of appreciation. They’re capable and deeply committed. They love people and are often likeable themselves. They do fall and they do fail. They’re like me. But, I know with certainty, God uses “cracked pots.” (II Corinthians 4:7) 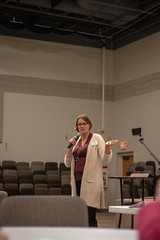 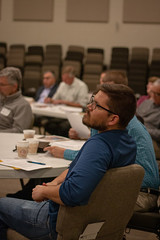 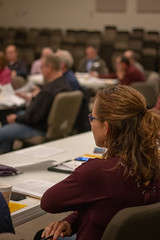 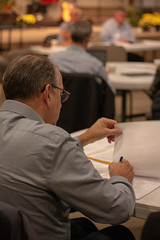 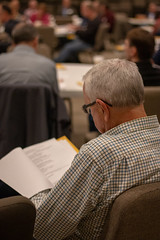 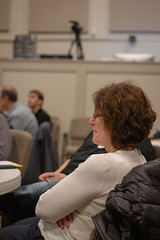 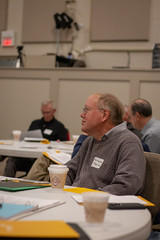 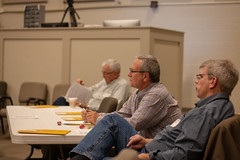 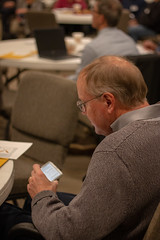 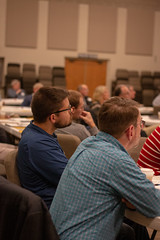 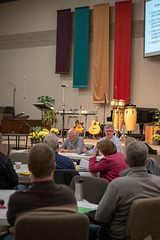 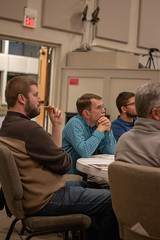 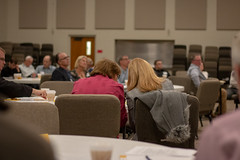 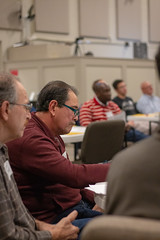 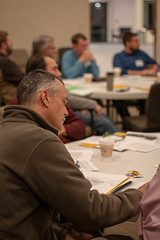 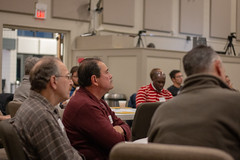 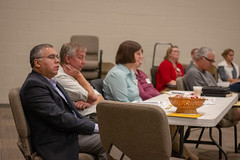 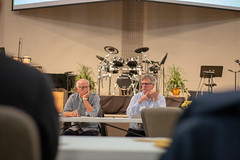 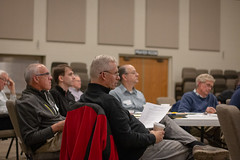 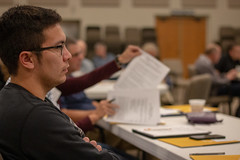 The March 7, 2019 date allows time to forward the elected Synod delegates by the March 15th deadline.

11a Reports from Classical Support Ministry Individuals and Teams

Stated Clerk, George Vink supplemented his previously submitted written report. Motion passed to approve his work.
Classical Interim Committee- Chairman Paul reviewed its report and encouraged classis’ team leaders to seek replacements as needed with those gifted as well as having a vision for the specific work of each team. CIC’s work was approved.
Treasurer– Brenda Bosch distributed and highlighted the previously-distributed proposed budget. She noted that it is based on fewer members in Classis Grand Rapids South and “dipping into” reserves.  Individual ministries and teams gave reports, videos and testimony supporting their inclusion. The Budget reflects a 1.5% increase in classical ministry shares, making the per member responsibility $30.39. The Budget was moved, supported and passed.
Credentials Committee-Mike Hoogeboom reported the retirements requested as well as Kelloggsville’s concern regarding “safety and abuse training for volunteers.” Its concern for classical action and possible online resourcing were referred to pending safe church committee being formed. Kelloggsville’s requesting a classical audit will be handled by the CIC.

11b Reports from Ministry Committees and Servants of Classis
Classical Ministry Team(CMT)-Dave Struyk reviewed its work during budget discussion.
Established Church Development(ECD)-Cityfest- Mike Hoogeboom reported on behalf of Peter Jonker. Over 400 churches and 1000’s of others cooperated and worked together to make an impact. Hundreds of “Commitments to Christ” were celebrated. Several ALPHA ministries are taking place while a focus on housing, education and racism will continue.
New Church Development (NCD)-Dave Struyk reported on continuing efforts to support various ministries within classis as well as a cooperation with Classis Grandville.  He introduced Robert Garcia who is doing radio ministry and more, using Community’s facilities. Pastor Garcia shared his passion for reaching  a Hispanic community.
Spiritual Growth and Prayer-Bob Boersma highlighted its work and encouraged churches to contact Prayer Coordinator, Felecia Bud. The Pastor’s Retreat video highlighted its importance.
Diaconal Ministries (DMC)-Sandy Nicely shared a video on the ministry of Streams of Hope during the budget presentation.
Ministry Leadership Team(MLT)- Emily VandenHeuvel reported that MLT will be working with the CRCNA Candidacy Committee and its 24 month candidacy process being implemented at Calvin Seminary. She’ll attend an information and training session on October 31st.
Church Visitors-Visit to Moline  CRC previously distributed with agenda.
Church Counselors-
Mike Hoogeboom reported that Alger Park has installed their new pastor, Rev. Sam Gutierrez, in August.Curt Walters reported that Cutlerville East will install Rev. Ed Visser on November 18. Tim Buist from inSpirit will represent classis to welcome him. Ideal Park is beginning their search.
Regional Pastor– George Vink indicated that he’s initiating meetings with pastors and welcomes their initiative to have times of encouragement and discussions together. Classis expresses its concern for the health of its pastors in this and other ways. Ie Retreat
Prayer Coordinator—Video on the retreat was shown. Church prayer coordinators are urged to be in touch with Felecia Bud.
Communications Coordinator –Daniel Maat provided a colorful, explicit handout describing various activities of Classis as well as encouraging the regular viewing of OneFaithManyFaces.
Finance-Brenda Bosch presented the Proposed Budget. — Cf REPORTS-Treasurer 11a iii

Council  of Delegates-Dave  Struyk reported on its October 2018 meeting in Chicago. Ministry shares and a possible different system were discussed. COD’s work is divided into five committees, reflecting our “Five Streams.” He served on BTGMI and  Resonate “stream.” A detailed report will be sent to Stated Clerks who’ll distribute it to the congregations.
World Renew-No Report
Calvin Theological Seminary– Curt Walters highlighted the report distributed at the meeting.
Calvin College-No report

Friendship Ministries-Tom Van Wingeren handed out “Ten Ways to be a More Inclusive and Welcoming Adult Small Group” and also demonstrated reasons and ways of doing so.
Resonate-Amy Schenkel distributed a packet of material and led in the exercise of engaging our neighbors as part of opening devotions. —Cf WE GATHER TOGETHER 2

Chairman Ron Kool commended the host church for its hospitality and closed in prayer.